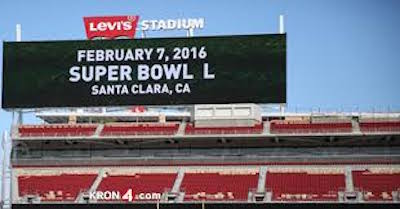 Super Bowl 50 demonstrated an aversion to the letter L. For the first time in Super Bowl history, the National Football League shunned the traditional use of Roman numerals to record this mighty progression of annual pigskin fests. This year’s league made a choice to name the game using Arabic numerals. What’s this all about? Why should we care about their choices?

Super Bowl 50 is an important milestone. Fifty consecutive, annual games is an impressive record. The league wants to leverage this milestone to increase excitement, fan participation, potential non-fan interest, viewership, and, most importantly, revenue. L may not convey the same meaning as 50; to those not savvy in Roman numerals, the monumental import of L is completely lost.

“It’s a one-year break,” said Jaime Weston, the league’s vice president of brand and creative, “because the L isn’t as pleasing to the eye. When we developed the Super Bowl XL logo, that was the first time we looked at the letter L. Up until that point, we had only worked with Xs, Vs and Is. And, at that moment, that’s when we started to wonder: What will happen when we get to 50?” They determined that allowing the L to appear alone didn’t work. But have no fear, order will be restored for Super Bowl LI in 2017.

If a stand-alone L is not pleasing to the eye, perhaps the league could have considered a less traditional, more eye-pleasing approach to numbering Super Bowl 50.

I conducted extensive market research by asking three people how they felt about this choice – Super Bowl XXXXX:

So what we have is a confluence of personalities, viewpoints, fields (careers, not turfs), and choices, which led me to the following research and conclusions:

Who uses and understands Roman numerals?

When determining the target audience of Super Bowl viewership, the above-mentioned groups, with the exception of the Super Bowl Naming Committee, most likely do not make up the bulk of the viewing audience. Hence, the need to embrace 50.

Which brings me to the following conclusion: if there are so many considerations which go into the naming of a single game, how many viewpoints need to be considered to develop a successful product or promote a successful service? The arguments in favor of diversity in the workforce are not simply about fairness — diverse viewpoints lead to good business practices.

So the next time you hear or see someone who looks or sounds or says something different from your “normal” choice, consider that the downfall of the mighty L in Super Bowl 50, a game made up entirely of male players, coached by men, teams owned primarily by men, and whose viewership is historically 83 percent male, was caused by the aforementioned woman, Jaime Weston.

Looking for a career change? Connect with us to Find Work you Love™ by clicking here for a FREE consultation!