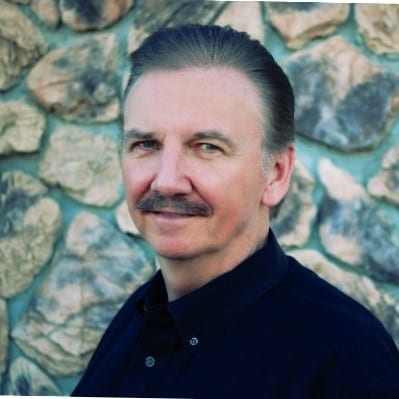 I had worked at Fujitsu America for 37 years—even before they were called Fujitsu America!—so being downsized took me by surprise. As the only HR person on the 250-person Sunnyvale campus, I thought I was safe, but when the new VP of HR said we needed headcount in Texas, they let me go in early 2015.

The company gave me four weeks’ notice, so I seized the opportunity to start interviewing and have my resume professionally done. I kept a good attitude and thought that would be enough, but I began to worry when the end of 2015 rolled around and I’d had no success. I had gone to so many interviews and pounded the pavement, but kept struggling. I kept working hard, but having no success every day for another 6 months—all the way through the middle of 2016.

In August of 2016 I was finally offered a teaching job in Hayward. It meant I had to drive 80 miles each way every day, waking up at 4 in the morning just to beat traffic, but it was a job. It was tough though, made tougher when I quickly realized my boss and the college president had a dangerous lack of ethics. It was such a toxic environment that I wanted to leave—the first job I’d leave in my life!—but I was afraid. It had taken me a year and a half to find this job—what if it took me another year and a half?

I was in a tough spot when I first met Johanna. My confidence was battered and I was in a funk because I had been rejected so many times. I was also living off of my 401(k), so I wasn’t sure if it was the right call to spend the money on her coaching. But I needed to do something, and she came highly recommended, so I tried it out. I’m glad I did—her coaching changed everything.  I started a new job soon after working with Johanna, and this one feels like a dream.

I’m HR Director at Salud Para La Gente. With 9 clinics in Watsonville, they have 400 employees serving 30,000 patients per year, providing medical, dental, vision, and pregnancy counselling. I love the team, mission, and environment. It’s the most modern and clean medical clinic I’ve ever seen! The job is closer to home, too, so I’ll be spending two hours less on the road every day. Even better, my daughter works a mile away from me so we’ll be carpooling every day. And to think they’re paying me 40% more than I was previously earning!

Much-Needed Help and the Key to My Success

Johanna gave me a lot of help, including the tip that ultimately landed me the job. Originally, I was the company’s second choice, so they reached out saying they’d filled the position. I usually would have just deleted the email and moved on to search somewhere else, but Johanna said, “Be sure to call back or email them saying, ‘Thank you for considering me. If things don’t work out with the person you hired, I’m still interested.’”

I sent the CEO that email on a Monday, the same day the new HR person was supposed to start. It turns out the HR hire had gotten another job, so she simply never showed up. The CEO called me, we spoke, and she gave me the job right there over the phone. The CEO added that, had I not reached out, she would never have contacted me again, assuming I felt negatively about the organization after its rejection.

It may seem like a small comment, but it landed me the job and is just one of the many things Johanna did for me. Without her coaching, I never even would have been the company’s second choice.

I began to see myself differently

Working with Johanna, I started seeing myself in terms of who I am, not what I’ve done. Companies want to hire good people and can see the difference. That’s where working with Johanna made me shine. Her process helped me clarify:

On my hiring call, my future CEO said, “You don’t have experience in healthcare and that concerns me.” I had to come up with a true, meaningful response in real time. I told her, “My career is nothing but succeeding in jobs where I had no experience before I went into them.”  It was honest and real and the CEO liked that. I got hired because I was able to tell her who I am and what drives me. Instead of memorizing responses for interview questions, I wove myself into the answers.

I Would Recommend Johanna to Anyone

I can’t recommend Johanna highly enough. She’s even helped me since the coaching, staying in touch as a friend even after I’ve completed the process. She volunteered to connect me with a Stanford alumni team that consults non-profits. She also shared info about my new company in her monthly newsletter that goes out to thousands of subscribers.

I want to make this my last job and work for at least another 6 years. At 64, I wasn’t sure anyone would hire me, but thanks to Johanna I landed the best job I’ve ever had!

Connect with Johanna by clicking here.