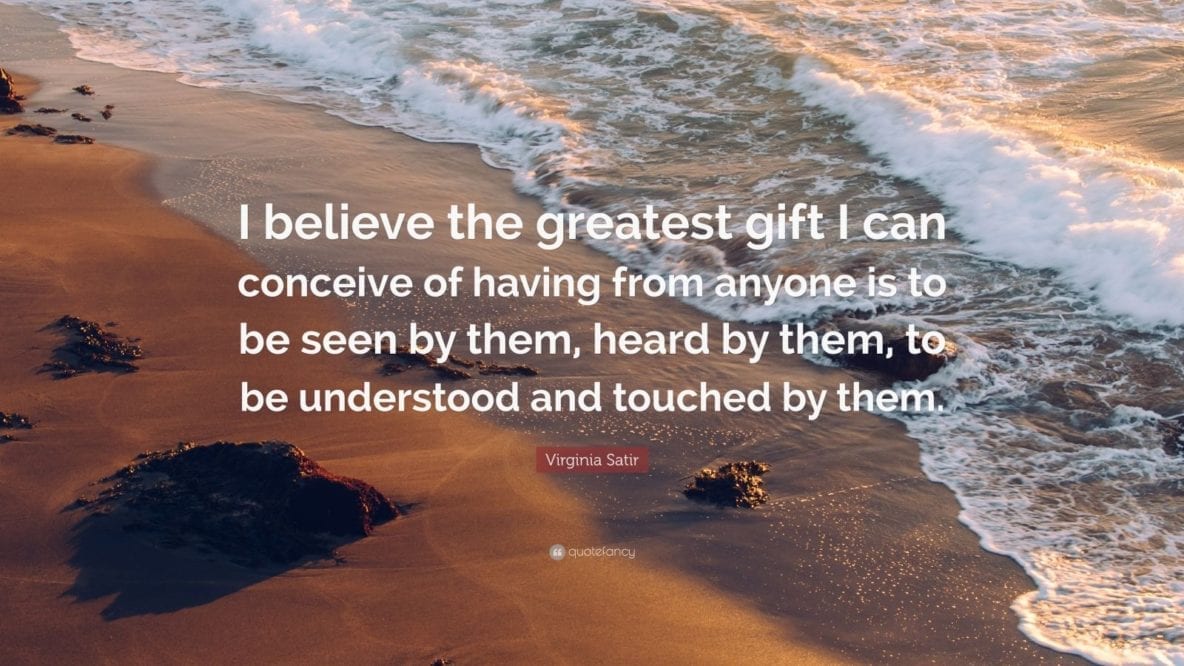 As a native New Yorker, I developed the habit of finishing other people’s sentences. In New York City, that’s viewed as being in sync with someone, so much so, that the listener knows exactly what the speaker is about to say, prior to finishing a complete thought.

My husband, a Chicagoan, shared with me that in the Midwest that style of communication is considered rude. There, it’s best to allow the speaker to finish his/her sentence prior to responding.

I’ve found that many Southerners prefer to share a complete thought that could consist of multiple sentences, prior to receiving a response.

While traveling abroad, notably Germany and India, speakers, in addition to sharing a complete thought, like to describe the process that brought them to their stated conclusion, as part of the uninterrupted sharing process.

What all these cultures have in common is the desire to be heard.

For some, it’s enough to share a sound bite. Others might want to take us on their journey of discovery. In all cases, truly hearing someone is about being a good listener, about paying attention, about being in the moment, about being undistracted.

When our son was 2 years old, he asked me why I didn’t look at him when I answered his questions. He had what seemed like a million questions for me, and I felt I had a million other things to accomplish. However, that was my wake up call. Since then, I’ve made it a priority to look people in the eye when speaking with them – and I’m doing my best to let them finish their sentences.

Looking to make a job or career change? Let’s talk!

What is Holding You Back?